Some of the key scenes in Tattoo Your Name on My Heart—the third Boniface novel—are set in the old church at Albury. 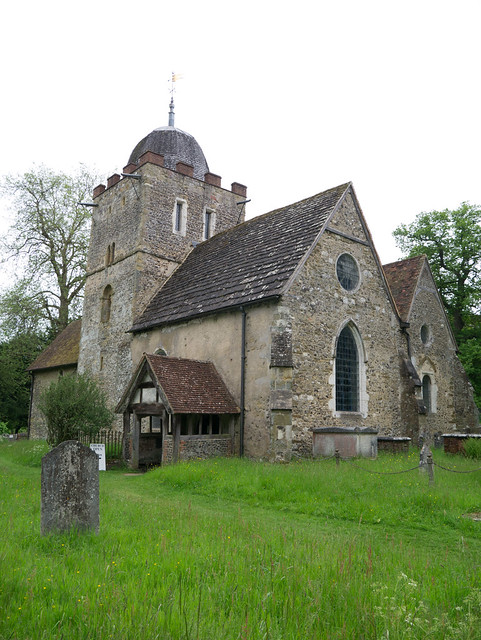 The old church is located on the Albury Park estate, close to Albury Park Mansion, an imposing country manor (you can see a glimpse of the manor taken from the old church’s graveyard).

The old church dates from the Saxon era, in other words, it is at least one-thousand years old in parts. There are some newer additions—for instance, the tower is newer (and the spire on the tower was replaced by the cupola you see today in Victorian times). But even the new additions are still pretty old… 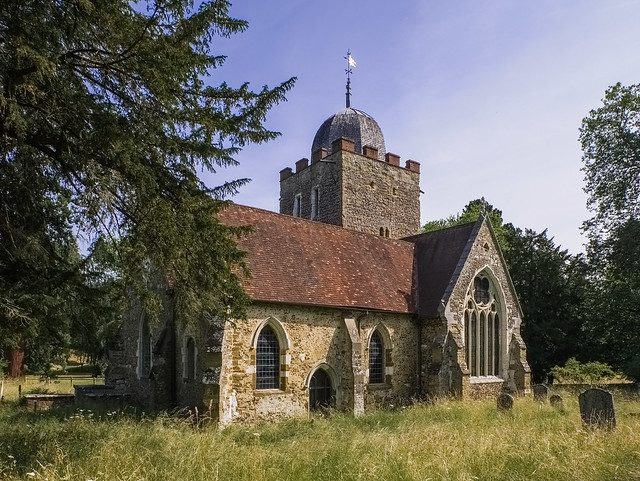 In the photo immediately above you will see on the right-hand side there is an arched window. From the outside, it doesn’t look like anything special. However, from the inside and with sun coming through, it’s quite impressive.

This is the Drummond Chapel. 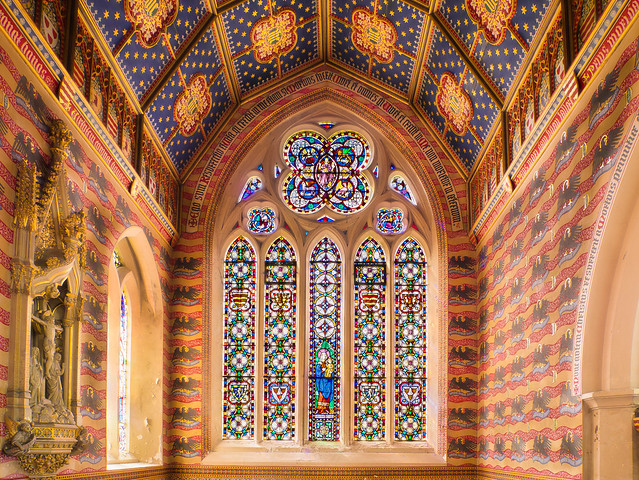 In 1819 the Albury Park estate was bought by Henry Drummond. Drummond hired Augustus Pugin, an architect, to convert the transept into a mortuary chapel.

Pugin was a pioneer of what became known as the Gothic Revival style. His most famous work was undertaken at the Palace of Westminster (the British Houses of Parliament).

While not original, the altar may look like you expect an altar to look in such an old church. But if you turn to the right (behind the pew in the foreground) there is the Victorian addition that you see above 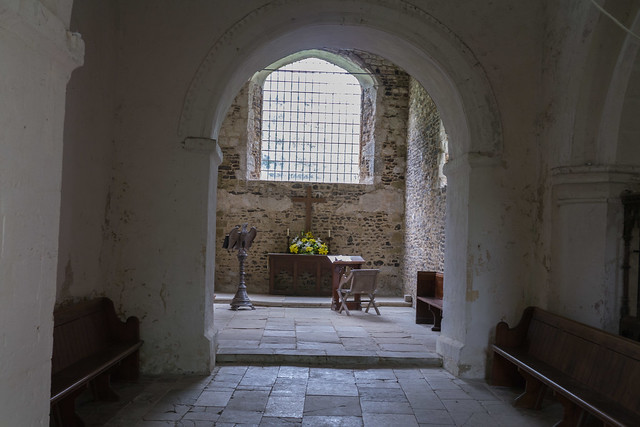 If you want to see more photos of this fascinating building (and you should 😄), take a look at the album on Flickr.

And, of course, once you’ve seen the photos, you should read the book.