When I was writing Tattoo Your Name on My Heart, I had a need for a minor character—a guitarist who plays in the fictional rock band Prickle.

Luca Parzani is that character.

The only thing that really makes sense to Parzani is his guitar and music. When he’s not playing, people tend to describe him as mercurial. That’s just a kind way of saying that his life is really messed up and that he’s not great when it comes to interacting with other people, especially his former wife, Bing-Bing. 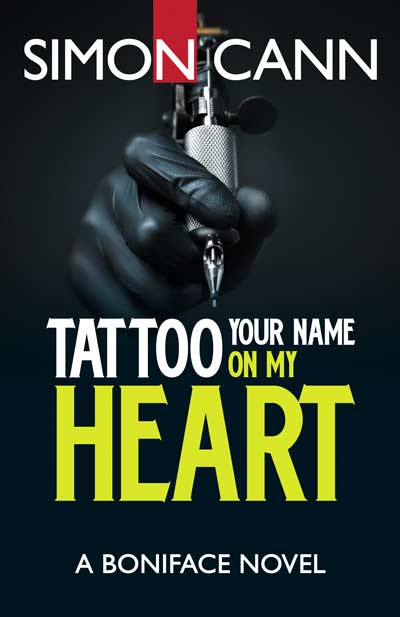 She doesn’t care if those assets don’t belong to him or if they are the tools of his trade—she is taking anything that she can literally lay her hands on, and so Prickle have a guitarist with no guitars because his former wife has taken them…and sold them.

When it came to developing the character of Parzani, I followed some of the contours of Michael Schenker.

It’s likely you’ve never heard of Schenker although he’s been playing professionally for more than 50 years. Perhaps one reason why he hasn’t become a household name is that every time he seems to get near to stepping into the big league, he somehow seems to implode.

However, Schenker is—and has been for decades—a hugely influential musician. Many guitarists point to him as one of their leading inspirations. The reason he is so important to so many is that he is that rarest of beasts—a musician who combines an inherent sense of taste and great musicality with mastery of his instrument.

To give you a small example of his work, listen to Into the Arena:

At the start of his career, Schenker recorded three albums with the Scorpions, six albums with UFO, and then—when he was 25-years-old—went solo.

Into the Arena comes from his first solo album. It is an instrumental piece that starts as a moderately straightforward rock piece (albeit the 12/8 time signature is somewhat out of the ordinary). But it builds become far more complex. At around the 2:32 mark, there is an section where Schenker plays an arpeggiated sequence. To me, that musical figure was something that Luca Parzani would have appreciated.