The Westphalian settlement, was a series of treaties that were signed in 1648 to end the European wars of religion (the Thirty Years' War and the Eighty Years' War). These treaties formalized the concept of the sovereign state and established the norm that one state would not interfere with another state’s domestic affairs. As European influence grew around the globe, these principles became the basis of international law as we understand today.

As you will have guessed, the Westphalian settlement did not fix the presenting problem.

European wars continued, and indeed, fighting continued in the Thirty Years' War (one of the wars intended to be ended by the treaties). Nation states continued to attempt to influence other nation states. Beyond simple subversion, this influence went global and was wielded through war and the growth of empire.

The nature of the subversion changed and with the twentieth century there were both new political challenges and new technological considerations. In the space of a few years, there was the rise of communism and nuclear weapons, and at the same time, there was widespread adoption of radio.

These details may seem disparate, but there is a link with the BBC World Service and Radio Free Europe. Both were both part of a broader intent to spread influence across nation state borders. Both were an attempt—in part—to push a specific agenda, but also allowed for a level of deniability of intent.

And just to be clear, these broadcast organizations were not the only attempts by any nation states, but they are examples of attempts to undermine Westphalian principles.

As well as trying to influence across borders, nation states have pursued their own local grudges but in other countries.

Georgi Markov was a Bulgarian writer and dissident who worked as a broadcaster for both the BBC World Service and Radio Free Europe. He was also a strident critic of the Bulgarian regime. His murder in 1978 is something straight out of a spy novel.

He was assassinated on a London street. But this was no conventional assassination—a modified umbrella was used to shoot a pellet containing ricin into his leg. At the time of the incident, Markov felt a sting-like pain and continued with his journey to work. He developed a fever that evening and was admitted to hospital. Four days later he died.

It is believed that the man wielding the modified umbrella was associated with the Bulgarian secret police who were in turn aided by the KGB.

In some ways it’s easy to dismiss the Markov case as something that happened in the Cold War, but the murder of Alexander Litvinenko in 2006 would suggest the practice continues.

Litvinenko was a former officer of the Russian Federal Security Service and KGB, who had been granted political asylum in the United Kingdom. In November 2006, he fell ill and was hospitalized. He died three weeks later, becoming the first confirmed victim of polonium-210-induced acute radiation syndrome.

On his deathbed, Litvinenko publicly accused Russian president, Vladimir Putin, as being behind his condition.

End of the Cold War

At the end of the Cold War, there was a feeling that the West had “won”.

But unlike with the Peace of Westphalia, there was no treaty to coincide with the end of hostilities. No one talked to the Soviet Union as it was disintegrating into its former republics, and no one talked to Russia (who, let us not forget, were and still are a permanent member of the United Nations Security Council) to check that they too thought the Cold War was over.

The Murder of Henry VIII 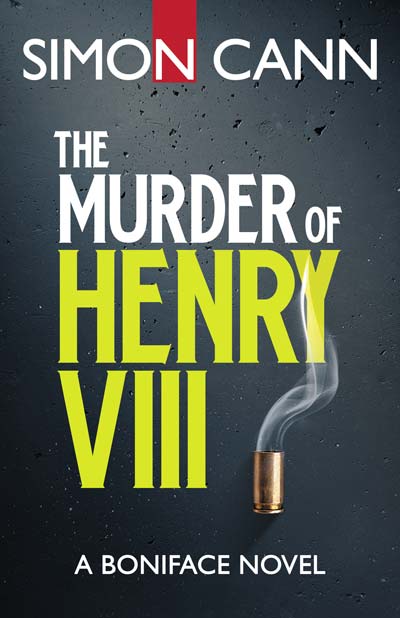 It was against this background that I began writing The Murder of Henry VIII.

In 2010, when I first started outlining the book, I had an idea for a 500-year-old conspiracy theory about the murder of Henry VIII. The notion of the Russians trying to influence an election just didn’t seem that much of a stretch. The scenario felt plausible to me. In fact, it wasn’t simply plausible—it was something that I expected to happen (assuming it hadn’t already happened).

In The Murder of Henry VIII, the UK election where the Russians sought influence was a referendum. And in case you missed it, a few years after I published the book, the UK had a referendum about whether to remain as members of the European Union.

There are now several investigations (including one entitled Putin’s asymmetric assault on democracy in Russia and Europe, by Democrats on the US Senate foreign relations committee) looking at Russian interference in that UK referendum. The pattern in all of these investigations seems to be one of shock.

To be clear, Russian involvement in the democratic process for any country apart from Russia, is—to put it mildly—unhealthy and unhelpful. But equally, I’m not suggesting that the Russian involvement anywhere around the world was successful or that different individuals may have been elected president or other votes may have swung the other way if there had been no meddling.

However, I’m surprised that people—in particular, elected officials—seem so surprised. This is a practice that I’ve always assumed was going on (hence it went in my book) and I’m disappointed if government agencies are now suggesting they hadn’t considered the threat before our most recent run of elections.

That said, if you want to know how to influence an election, then check out The Murder of Henry VIII. The book is also available as part of the Boniface Box Set: three gripping novels for one low price.