Before I had even published the first Boniface book, I had an idea for a second series which became the Leathan Wilkey series. I wasn’t certain about the location—Budapest and Sarajevo were possibilities—but the most likely location was Paris.

So I went to Paris to have a look.

When I arrived I dropped my bag at the hotel then took the Metro and headed to La Défense, the business district on the western edge of Paris. From there I walked back into the city following along Axe Historique to la Louvre.

I walked. I looked. I took photos.

On one of the roundabouts I passed a large concrete building with some riot police gathering outside. The building was le Palais des Congrès de Paris, a conference and concert venue with a shopping mall.

If you’ve read Bag Man, you’ll know there’s a scene set outside le Palais des Congrès de Paris. You’ll remember that as Leathan passes the front of the venue he sees some protestors who are greatly outnumbered by the police.

As I walked by, I took some photos of the police. These two in particular caught my eye. 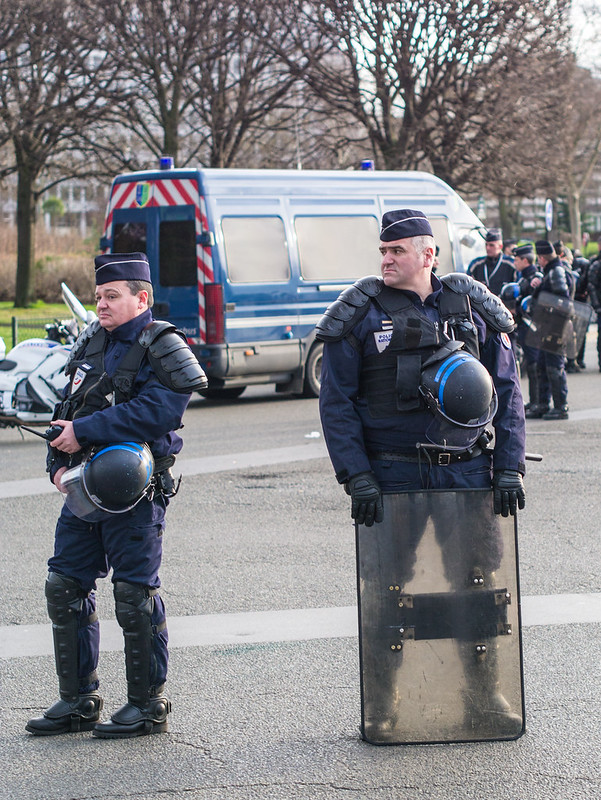 Having taken the pictures I thought little of what I had seen and carried on walking, but three years later when I came to write Bag Man, I needed a location for a major conference where Gabriela Carvalho might speak. The location also needed to be one where protestors might assemble outside.

Finding the Location for Bag Man

There was an obvious choice of location.

In fact, if I’m honest about it—and you’ve got to promise not to tell anyone—the scene in the book is largely what I saw that day. My input was: